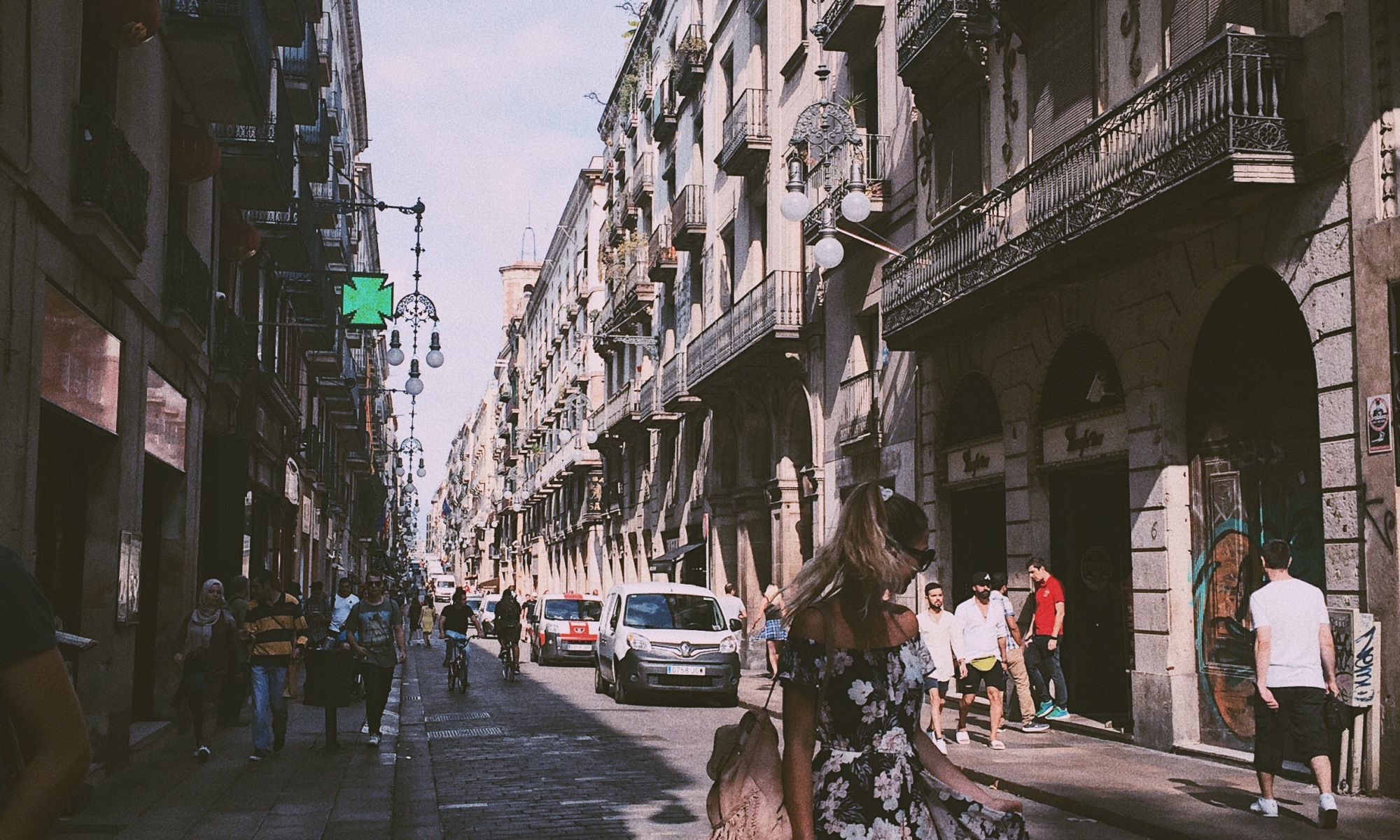 Wow, it’s been a while since I visited Barcelona, but it never got the blog post it deserves. Staying at home for the past three months reminded me of this great summer vacation Filip and I took, when we were young&wild. Just joking, we still are! Nevertheless, here’s the long waited story of Barcelona. 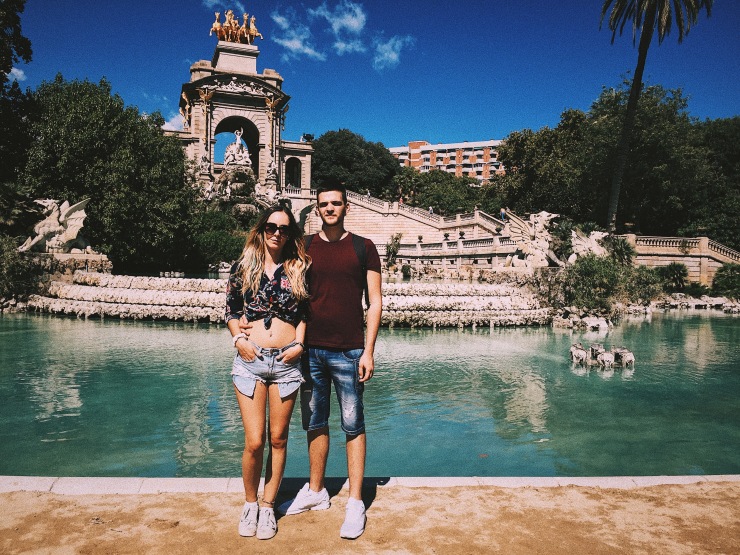 You may have heard about the legendary Barcelona vibe, and I can definitely confirm it is real. Although we only spent two days in Barcelona, it was more than enough to fall in love with it. There is just so much going on, and at times it felt like it was actually five cities in one. But every corner has its magic, and that magic can be felt throughout the whole body. Of course, it is very crowded, with both tourists and locals, but I didn’t mind the crowd this time. And, weirdly enough, there are still little parks and squares that can be found empty. My personal, favourite moment was getting lost in tiny streets and stumbling upon a local mini market where we both San Miguel beers ( we were with two of our friends) and hoped to stumble upon the park near the sea. The next moment, we did find ourselves on the big field next to the riviera which was filled with street artists and people having picnics, nice breeze brushing our faces and warm sun wrapping it all into a perfect bubble. It was the perfect ending to our visit of Barcelona. 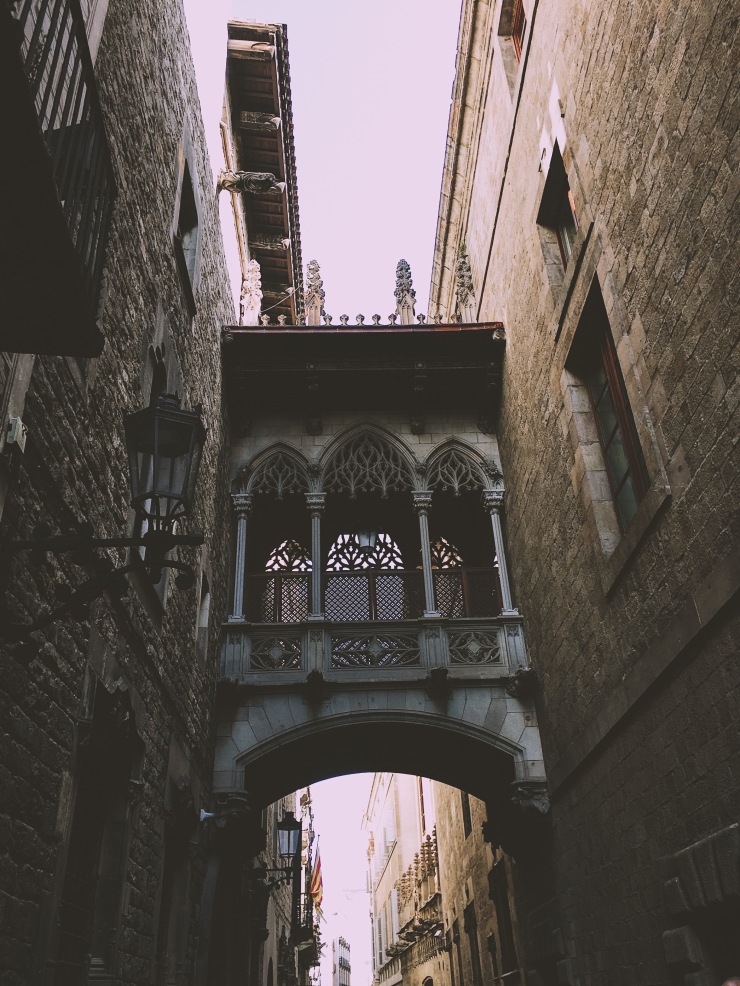 The very first thing in Barcelona that blew me away was Gaudí. He is beyond brilliant, and each new work of his we’ve seen left me more and more speechless. The most famous, Sagrada Familia, one of my favourite ones, has maybe the better story of becoming what it is, than the actual final product, which is the church. To think that Gaudí was crazy enough, or rather dedicated enough, to bring it down and start all over, not once, but few times, because he was unhappy with just one little stone that fell out of place- that is the dedication 21st century will never have, and 31st century won’t even know what it is. That is what an artist is, even though he ended up being misunderstood , hated for wasting money ( of course) and died horribly…. Still, he left something behind that will never be taken from him and that will never be repeated again.
One of kind, as we, now, like to say. Which can apply to whole Barcelona, as well. 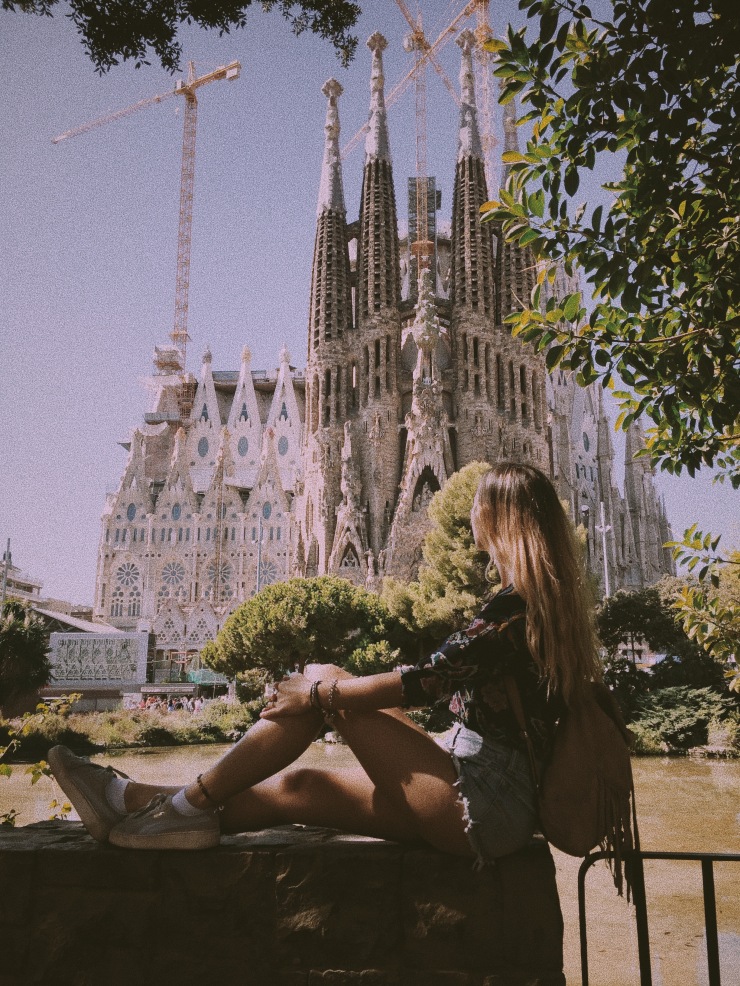 When it comes to Gaudí, you shouldn’t, for any reason, miss Park Guell, it’s my absolute favourite, along with the Casa Batlló- the most intriguing house and building I have ever seen. The detail that went into Park Guell is so overwhelming, but at the same time so enlightening. I can’t believe it was only built with little stones and nothing else. It didn’t feel like we were standing in a real park, but more so like we were inserted into an image, because it is so atypical and unusual, that my eyes were barely able to grasp it. You have to see it to believe it, or at least try to.

That feeling of barely being able to grasp things kind of followed me throughout the entire city, because of its vibrant colours and shapes, that are different by each mile. I could feel so many different arms painting the city and it is beautiful for that exact reason. There is no two of the same, everything really is one of a kind. Despite the fact that there is a specific shape in the landscape of the city , everything inside of it runs on its own.

I think I could write a really really really long text about Barcelona, first starting with its huuuuuge history that I find very interesting, but that wouldn’t be a travel blog then. However, if you are not able to visit Barcelona, at least not this year, please read about its history, because there are so many different stories that create it and make it what it is today.
Interesting thing about us being in Barcelona, that September 2017, is that we walked its streets just one week after the terrorist attack that took place on La Rambla de Barcelona. Even though the city has moved on, in some way, and the amazing, incredible vibe hasn’t died, there were still a lot of policeman and man in uniform around the entire city, with guns in their arms. It was an unsettling sight, I must admit, but then again, that was another moment in history which will someday make the future Barcelona what it is. I thinks that Barcelona has that effect on people, reminding them about the history and about the actions and consequences, showing it all. And some stories are amazing, but a lot of them are horrible, despite the fact that they left something remarkable for us to photograph today- like Gaudi’s work. That is the vibe of Barcelona, that is what you feel when you walk its streets- stories and stories, years and years of it, all shaping that one big city and leaving space for new ones to build on. That’s the vibe of Barcelona-
the moment where past and present meet, and leave and arm out for the future to hold on to. 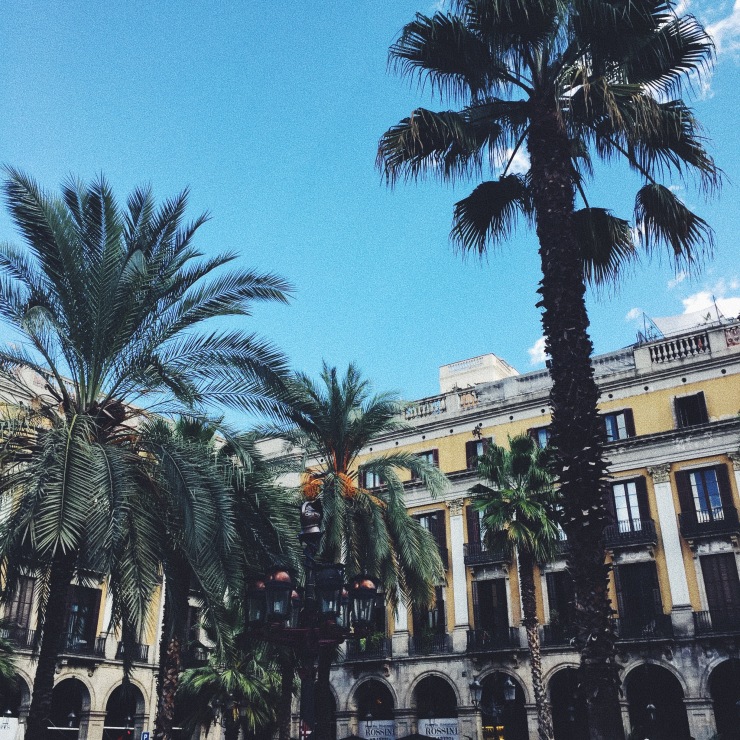 I wish I could’ve spent more that two days in it, and go deeper into the city and its stories, but I am sure that there will be another opportunity for me to do so. Yet, it is incredible to me that even though we only had two days, we’ve been upside-down the entire city and was still able to experience it in such dear way- I can’t imagine how it is actually living there.

There was a little moment, when we climbed the Montjuïc, and I felt that I could stay in Barcelona forever. We have just stepped out of our bus and walked towards the viewpoint in front of Palau Nacional, from which you could see almost the entire city and a soft melody was coming from a street artists playing a guitar. Everything in that moment just settled into a perfect shot- the air was still, but light, the people were moving in slow pace and that helped create a wind-like movement- and the city under moved along with it. I couldn’t feel that big city rush and crowd, because everything was in a perfect sync with each other. That made me feel like life in Barcelona knows all the gears and when to change them, all at the same time, like a choreographed move, bringing all the its differences into one masterpiece. 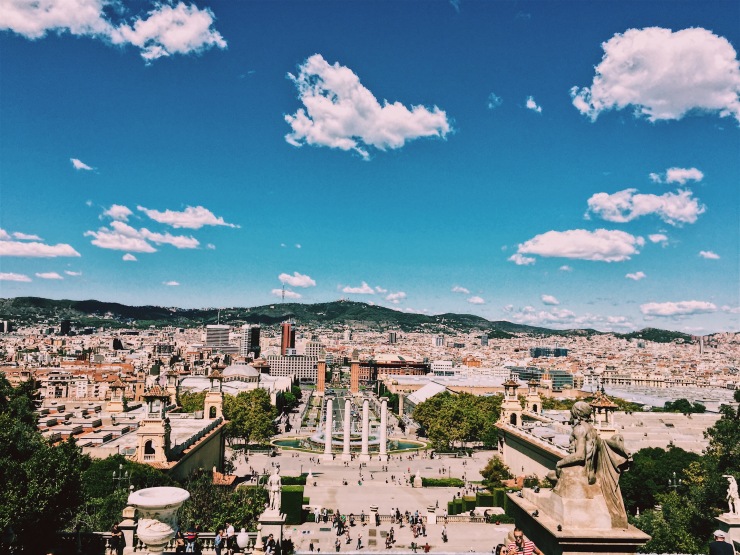 Barcelona for me is definitely freedom.
It gives so much and asks for nothing back, showing us just how little we need to feel free. The memories I bring with me from Barcelona always remind me that it is not one person who changes the world and it is not one story that shapes it- but so many little ones, both great and horrible, and both equally important.
So, thank you Barcelona for letting me, for at least a moment, be a part of your story.